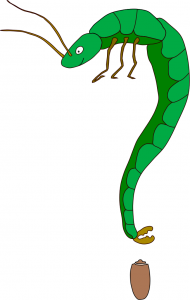 To answer these questions I exploit the particular biology of several amazing insect systems which I introduce below. 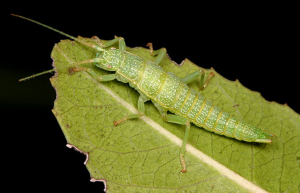 The genus Timema is an outgroup to all other phasmids, diverging around 150 million years ago. The genus consists of few species (~25) several of which are parthenogenetic (asexual). In fact, there have been at least 7 independent transitions to asexuality in this genus! This unique aspect of their biology allows us to examine the impact of asexuality on the genome from an evolutionary biology perspective. In particular, since transitions to asexuality eliminate sexual selection, we expect to observe changes to the sex-related portion of the genome, and that this effect will be consistent across each independent transition. 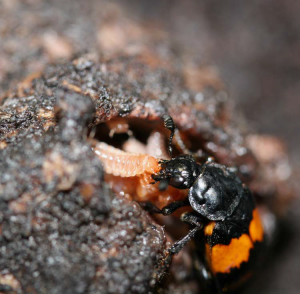 Burying beetles (Nicrophorus sp.) are rare in the insect world in having elaborate, biparental care. N. vespilloides breed on the carcasses of small vertebrates and directly provision begging young by regurgitating pre-digested carrion. In addition, parents prevent a build-up of fungus and bacteria, and defend the carcass from predators and congeneric competitors. The evolution and maintenance of biparental care has a great deal of theoretical background, but little is known about the underlying genetics, or how this may interact with selective forces. We use genetic techniques to test such theoretical predictions and to elucidate the molecular mechanisms of parental care. Burying beetles represent an excellent model for such studies since they can be kept in large numbers in the lab, and their parental behaviour can be easily staged by providing access to a carcass. 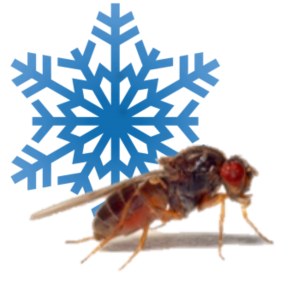 While some physiological mechanisms of hot or cold tolerance are well documented the nature of genetic adaptations involved in coping with an extreme environment are not well understood, nor to what extent how conserved or variable such adaptations are between species. Drosophila species have a wide range of cold tolerances which can be easily assessed in the laboratory, making them excellent models for understanding the evolutionary genetics of cold tolerance

Drosophila males produce courtship song as a component of their mating behaviour. Interestingly several components of Drosophila song have been shown to be species-specific and appear to play a role in the sexual isolation of different Drosophila species. Several QTL studies have implicated the gene fruitless in the production of these differences, however it is not clear if (and how) fruitless acts to produce species-specific differences. 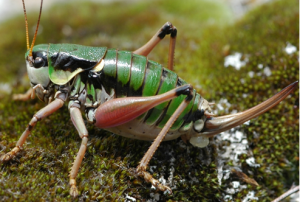 Bushcrickets (Tettigoniidae) have fantastic reproductive biology. When males transfer sperm into a female’s sperm storage organ (spermatheca) it forms into a discrete sperm ball (spermatodose). This biological quirk allows us to obtain good estimates of polyandry from the field. Bushcricket species also have a wide range of polyandry rates making this group ideal for examining the impact of polyandry on male reproductive traits.